Leslie Gore died the other day.

She was a singer, songwriter, actress and activist probably best known to my generation for the hit song, “It’s My Party.”

Before I moved into journalism as a career path, I was working in radio and television as an announcer and show host.

I worked as a teenage dance party host on a local television station in Syracuse, New York. 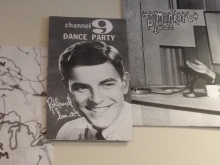 In 1963 Leslie Gore was a hot teenage star and she was a guest on my show. In my memory of fifty plus years she was affable, charming, talented and a delightful guest to be interviewed and to perform.

Leslie died from lung cancer at 68. She did not smoke according to Carl Sabatino, my radio partner who knew her and her family.

Whenever we pass, either young or old, I think we only do so when we have finished what we came here to do. Passages, as well as births, are gifts of service the soul chooses as an expression of love to all of humanity.